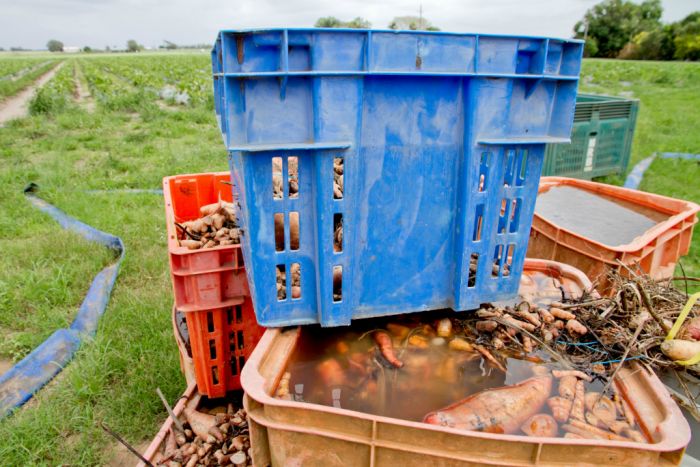 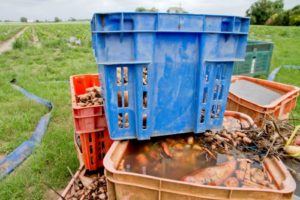 The cost of some vegetables has already soared after torrential rain and flooding wiped out millions of dollars worth of small crops in Queensland and the price pain could continue for months to come.

The Wide Bay North Burnett produces around 85 per cent of Australia’s sweet potatoes and is also one of the largest suppliers of chillies, capsicums and cucumbers.

Fruit and vegetable buyer Alwyn Weier, who has been working in the industry for 42 years, said consumers would pay more, well into Christmas.

The price of a box of wholesale sweet potatoes at Brisbane’s Rocklea markets rose 400 per cent in six days, from around $20 to $80.

“There’s a real shortage of quality produce, they can’t get on the ground to dig,” Mr Weier said.

“Some lines doubled in price, some lines tripled.

“It’s not only the immediate effect of it now because they can’t harvest, now they can’t plant for two or three weeks so in three months’ time there’ll be a shortage [of some crops] again.”

“Some districts get hit harder than others and that’s the nature of it,” Mr Weier said.

“If you’re in the wrong place at the wrong time you lose your crop and then the people who have got the crop benefit because they’ve got the higher prices and sometimes vice versa.”

Bundaberg Fruit and Vegetable Growers’ Bree Grima said many tomato and zucchini growers would not attempt to salvage fields of water-logged crops.

“Prices have been terrible for the tomato growers, if the quality is not there they won’t even bother harvesting,” Ms Grima said.

“Same with the zucchinis, prices are terrible.

“I know of one zucchini grower who has nine blocks of [flooded] zucchinis and they’re not even going to harvest.”

She said melons could also be in short supply this summer.

“It’s the ones that were planted four or five weeks ago that we expected to harvest around Christmas time, water melons and rock melons, pumpkins,” Ms Grima said.

On the Sunshine Coast lettuce producers are counting the cost, with many soft-leaf crops badly damaged by days of heavy rain.

Terie Wakeham from Jetfresh Hydroponics at Pomona produces around 30,000 fancy lettuces a week and had to mulch three rows from her hydroponic tables after more than 300mm fell in six days.

She said it would take a couple of weeks to get back to full production.

“It just turns the lettuce to a soggy mush, but we will see more impact in the coming couple of days,” she said.

“The lettuce is just sitting there and it struggles and the tips get burnt when the sun comes out.”

“We have a saying in our processing room, if you don’t want to see it on your plate, chuck it out,” she said.

“The upside is our dams are full.

“After nine years you become a bit more fatalistic about these sorts of things. That’s life.” 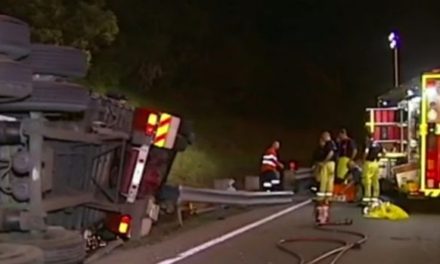 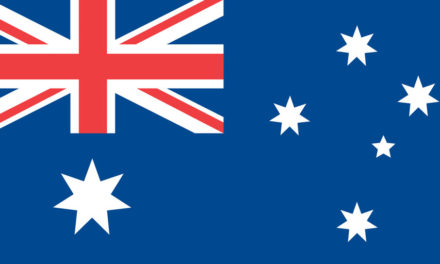 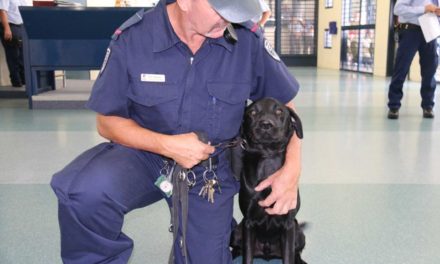 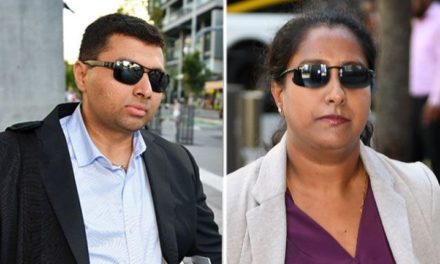 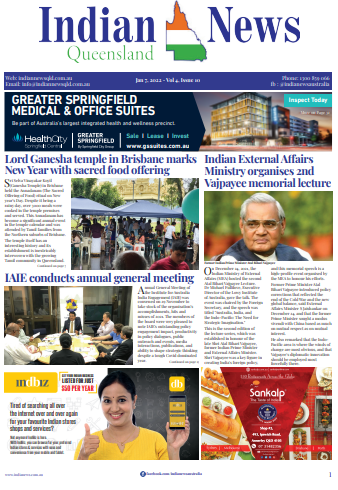