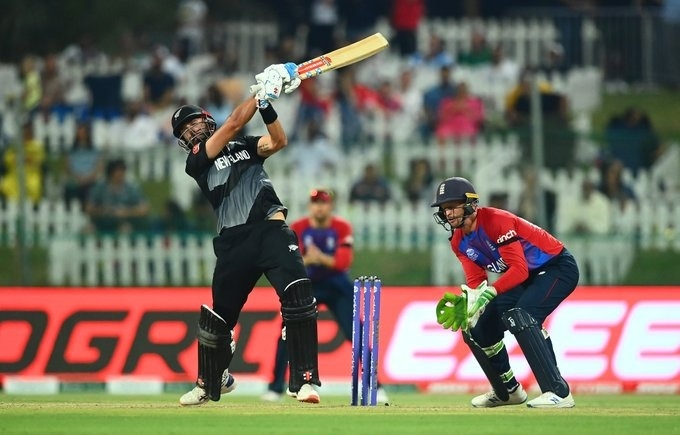 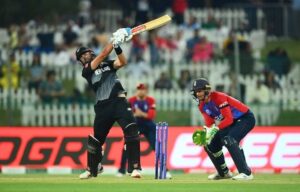 Abu Dhabi, Nov 11 A valiant knock from Daryl Mitchell (72 not out off 47 balls), along with an explosive cameo from James Neesham (27 off 11 balls) powered New Zealand to beat England by five wickets in the first semi-final of the ICC Men’s T20 World Cup at the Sheikh Zayed Cricket Stadium here on Wednesday.

Chasing 167, New Zealand romped home with an over to spare and have now progressed to their first Men’s T20 World Cup final.

After making a decent 166/4 in 20 overs, England had an early breakthrough on third ball of the innings as Martin Guptill went early for a flick, only for the leading edge to fly to mid-on off Chris Woakes. Woakes returned in his next over to take out Kane Williamson, who in an attempt to break free walked across to scoop, only for the top-edge to lob to short fine leg. Mitchell and Devon Conway struggled for timing but hit four boundaries between themselves to end the power-play at 36/2.

Post power-play, England contained the duo with raw pace of Mark Wood and leg-spin of Adil Rashid in tandem. Conway broke the shackles by advancing down the pitch for a boundary in the tenth over. In the next over, Conway and Mitchell took a six and four respectively while taking 15 runs off Wood. The 82-run partnership for the third wicket was broken by Liam Livingstone in the 14th over as Conway tried to chase a wide delivery but missed it and was easily stumped. Livingstone had another wicket in the 16th over as Glenn Phillips holed out to long-off.

With 57 needed off last four overs, Neesham thumped two sixes (including an attempted catch by Bairstow at long-on) and a four while taking 23 runs off Jordan in a match-changing 17th over. In the next over, Neesham slog-swept Rashid over deep mid-wicket followed by Mitchell reaching his half-century with a pulled six over long-on. But Rashid finished off with a wicket as Neesham sliced straight to extra cover.

With 20 runs needed off the last two overs, Mitchell slammed Woakes for back-to-back sixes over long-on and deep mid-wicket before finishing the chase in style with a boundary past backward square leg, watched by his father John from the stands as England conceded 23, 14 and 20 in the last three overs.

Adam Milne took a wicket on his very first ball of the sixth over with Bairstow chipping an uppish drive and captain Kane Williamson grabbing the catch diving to his left. Three overs later, Buttler fell while trying to reverse sweep against leg-spinner Ish Sodhi, trapped plumb by a leg-break in front of the stumps. New Zealand almost had a third wicket if not for keeper Conway dropping Dawid Malan’s catch in the tenth over.

From there, Malan brought out a flurry of exquisite boundaries, driving and lofting over extra cover against seamers and spinners. Moeen Ali found a brace of boundaries and kept the partnership ticking with Malan. Malan pulled Southee for England’s first six in the start of the 16th over. But on the next ball, the 63-run partnership came to an end as Malan tried to repeat the shot but the feather edge went behind to the keeper.

Ali took the centrestage by whacking Sodhi over deep mid-wicket for a six. Ali then began the next over with a pulled six followed by Livingstone clubbing the last ball for a straight six. Livingstone slapped past Boult in the 19th over to cross the 150-mark. Though Livingstone picked out long-off in the final over off James Neesham, Ali reached his half-century with a boundary through extra cover as 99 runs came off the last ten overs, which wasn’t enough to not make it their day. 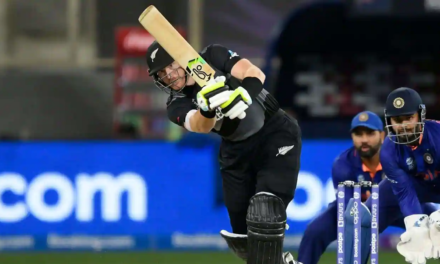 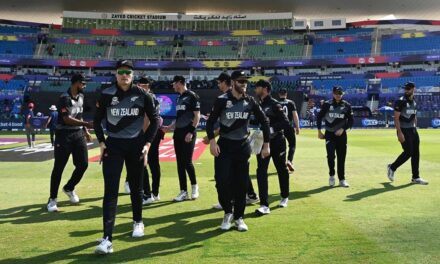 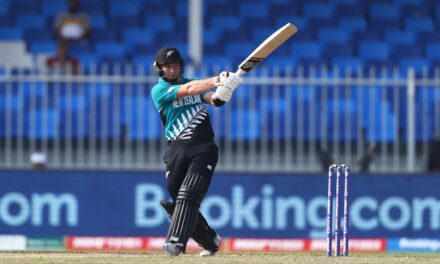 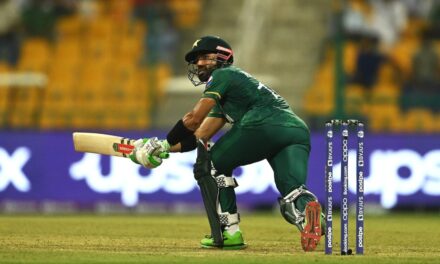