Courtesy: Shahid Kapoor in a still from Kabir Singh.

The trailer of Shahid Kapoor and Kiara Advani starrer Kabir Singh released on Monday, and it promises a powerful performance from Shahid, who plays the titular role in the romantic drama.

While it is too early for comparisons, when you remake an original, those very comparisons are inevitable. Kabir Singh is an official remake of the Telugu superhit Arjun Reddy, which featured Vijay Deverakonda in the lead. While the cast of Kabir Singh is new, the same filmmaker (Sandeep Reddy Vanga) has been roped in to helm the Hindi version as well.

Here are our five takeaways from Kabir Singh’s trailer:

The tone of the movie

Since the director of both Kabir Singh and Arjun Reddy are same, there is not really a tonal difference in the movies. Or at least that is the way things appear as of now. Right from the background score to even the dialogues, Kabir Singh seems like a Bollywood replica of the original. But that is not necessarily a bad thing.

Well, the first question that arises here is, is there really a ‘versus’ thing going on between the two characters? They seem to be mirroring each other, and that works well in the trailer. You give Shahid fans a somewhat new Shahid and you give the fans of the original another meaningful performance.

The movie rests primarily on Shahid’s shoulders. He is supposed to be angry, young, heartbroken and always intoxicated. And in only two minutes, the trailer effectively shows all these facets of Shahid’s character. That Shahid is a credible actor cannot be questioned, and now armed with what apparently is a good script and a decent director, what remains to be seen is Shahid’s own take on this much-loved character. Will he be able to defamiliarise the familiar?

Kiara Advani is taking on the role of Shalini Pandey as the young, innocent lover of Shahid’s Kabir. And it might not seem that way, but the role of the female lead is considerable in the movie. Now the million-dollar question is, will Kiara Advani be able to justify her role? She is yet to make a mark in Bollywood with her acting chops. This should do it. For now, it can be said that she doesn’t feel out of place in the clip.

Chemistry is something you cannot fake. You can only try and hope that the magic appears on screen. It all boils down to one thing, if you are a good actor, you can make it happen. While Vijay Deverakonda and Shalini Pandey had the fire, Shahid Kapoor and Kiara Advani are only emitting a few sparks. But then, we have only seen the trailer, as Shah Rukh Khan had once famously said, ‘Picture abhi baaki hai mere dost!’ 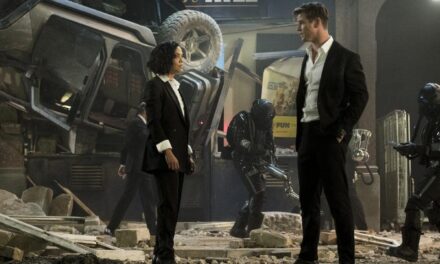 Men In Black: International Proves MiB Formula Was Run and Done 20 Years Ago 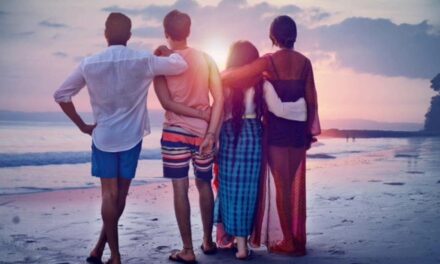